The Rule of 9’s
The CoolTherm™ packaging includes an image of the ‘Rule of 9s’, as an aid memoir to medics, helping assess the burn area.  Additionally, CoolTherm™ packaging is marked with the adult and child percentages that the dressing will cover.  (fig.1)
Total body surface area (TBSA) is an assessment measure for burns of the skin. In adults, the ‘Rule of 9s’ is used to determine the total percentage of area burned, for each major section of the body.
In some cases, the burns may cover more than one body part, or may not fully cover such a part. In such cases, burns are measured by using the palm of the casualty as a reference point for 1% of the body.
For children and infants, the Lund-Browder chart is used to assess the burned body surface area. Different percentages are used, because the ratio of the combined surface area of the head and neck to the surface area of the limbs, is typically larger in children than in adults. 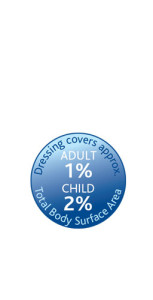 Fig.1
CoolTherm™ Burn Dressings are clearly marked with both adult and child percentage areas that the dressing will cover. 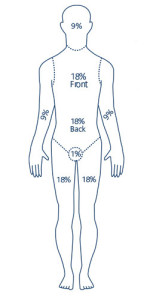 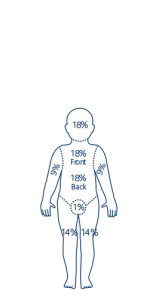 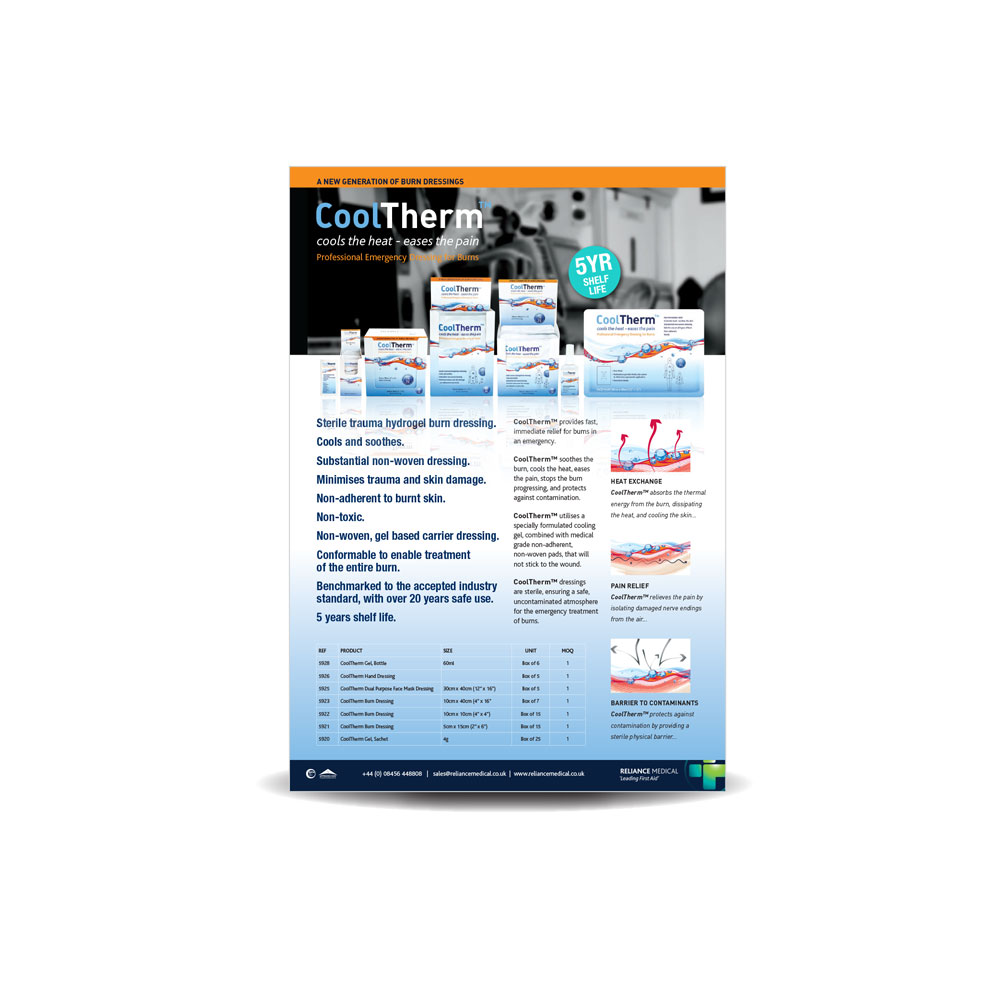 Reliance Medical is the UK's leading trade distributor of the highest quality medical dressings, pharmaceuticals and first aid supplies. To become a distributor or to find your local stockist contact 08456 448808.